The beginning of the New Year turned out to be fantastic for the young tennis player whose emerging career was very close to our hearts in 2018. Martyna will take part in the famous Australian Open Grand Slam tournament!

Last year's season was extremely successful for Martyna, she worked hard training and participating in tournaments. Martyna's most important successes in 2018 were:

We wish the young tennis player a continuous success! 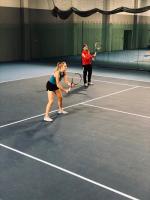 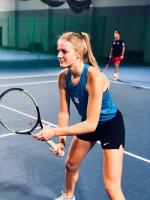