On the 25th anniversary of its establishment, the Presidents of the Management Board of Techno-Service S.A. have received these special distinctions from the hands of two esteemed persons: the Marshal of the Pomeranian Voivodeship Mr Mieczysław Strug, and Mr Jacek Namieśnik, Ph.D., a professor at the Gdańsk University of Technology.

The Pomeranian Griffin Award is one of the most appreciated awards granted by the Pomeranian Voivodeship authorities for great contributions to entrepreneurship in the region.

The Allegory of Science Award is a miniature model of the sculpture that is located on the clock tower of the Main Building of the Gdańsk University of Technology. It symbolises a long-term relationship between Techno-Service S.A and the University, students of which have contributed to the development of our company.

We are glad and proud that the special character of the event was marked by such notable distinctions. 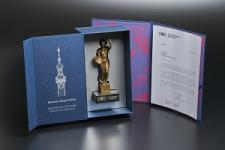 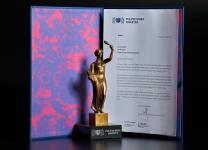 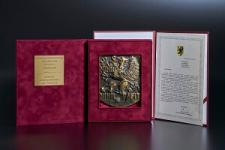